In Gramatneusiedl, approx. 20 kilometers south-east of Vienna, modern multi-system locomotives are serviced on up to six work stands - at first of Siemens Vectron and Taurus types, later on also Bombardier Traxx. After only 14 months of construction, the LOCMASTA is now seeing the light of day and this vision developed by Andreas Mandl many years ago is about to be realized with a close cooperation of his joint-venture-partners ÖBB Technische Services and ELL European Locomotive Leasing.

These days, Thomas Kollnig, the commercial manager of the project, Matthias Haiböck, the construction coordinator, and the project team got together to review the last months: "Since the groundbreaking almost a year ago on October 1st, 2020, we had to master many challenges ”, both of them look back.

The two of them have not forgotten the hurdles of the early days, nor the special circumstances that an already difficult year brought with it: "Since we had to clear ​3,600m2 of forest​, the construction phase was already started with delay." After a long search, a suitable area was found in the municipality of Enzersdorf an der Fischa, where the necessary clearing was compensated with the afforestation of a three times bigger area. “Of course, the pandemic turned out to be a bigger chunk, because our team had to learn to deal with ongoing COVID-19 tests, quarantine and home office, but even worse: with delivery difficulties and higher raw material prices.” Nevertheless, they succeeded to keep the schedule and - above all - the planned costs, which is quite considerable under these circumstances and can only be attributed to the good cooperation within the entire team, as the two emphasize. 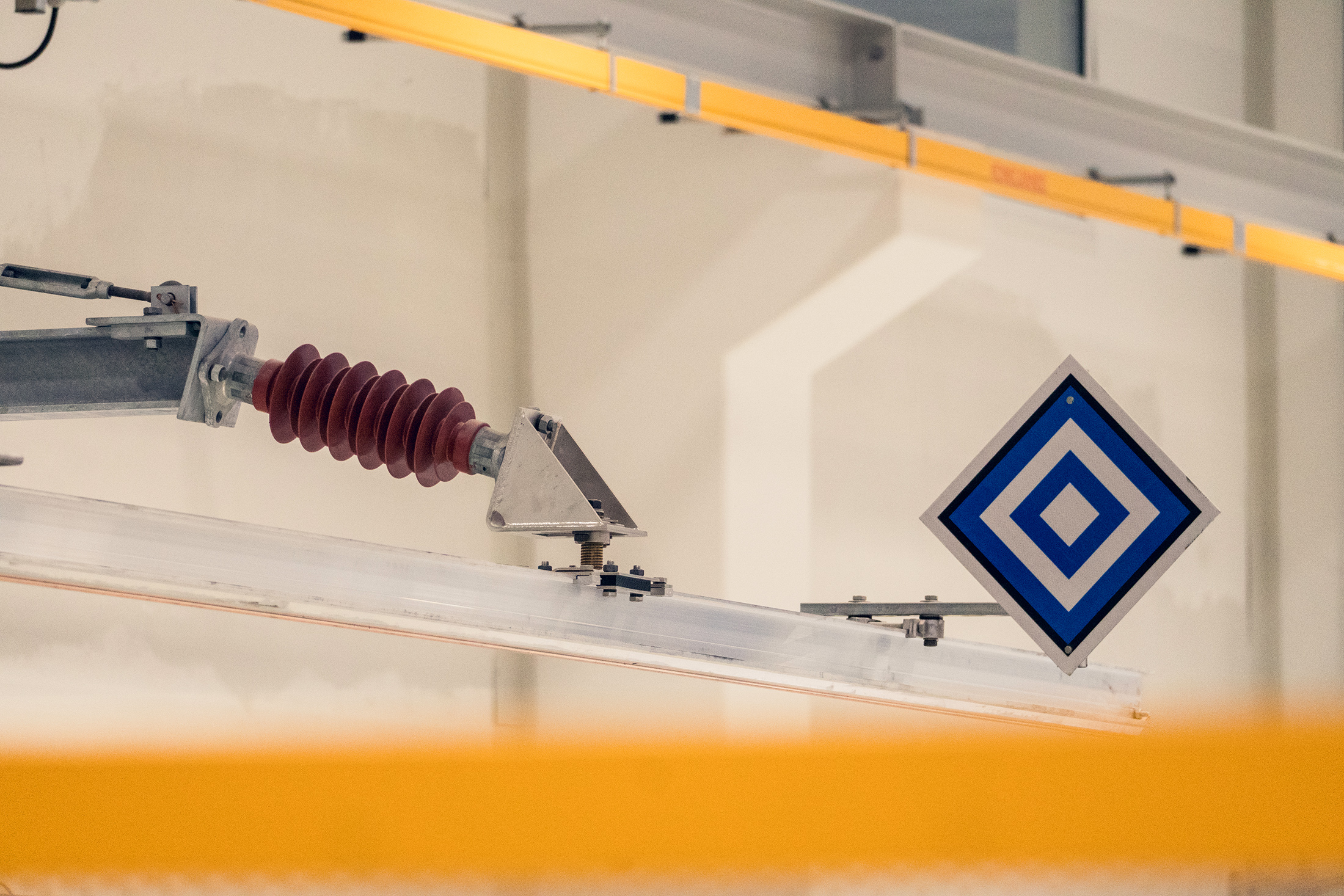 “In this context we would also like to mention Stefan Zerzer, who was responsible for the local supervision of the construction works. He was a valuable support to us during all phases, for example when it came to checking offers, as well as setting up the workshop in accordance with legal requirements. Thanks to him and his accuracy regarding safety matters there were no accidents during construction,” says Haiböck and adds with a grin: “I can say that,by now, I know every cable on the premises.” 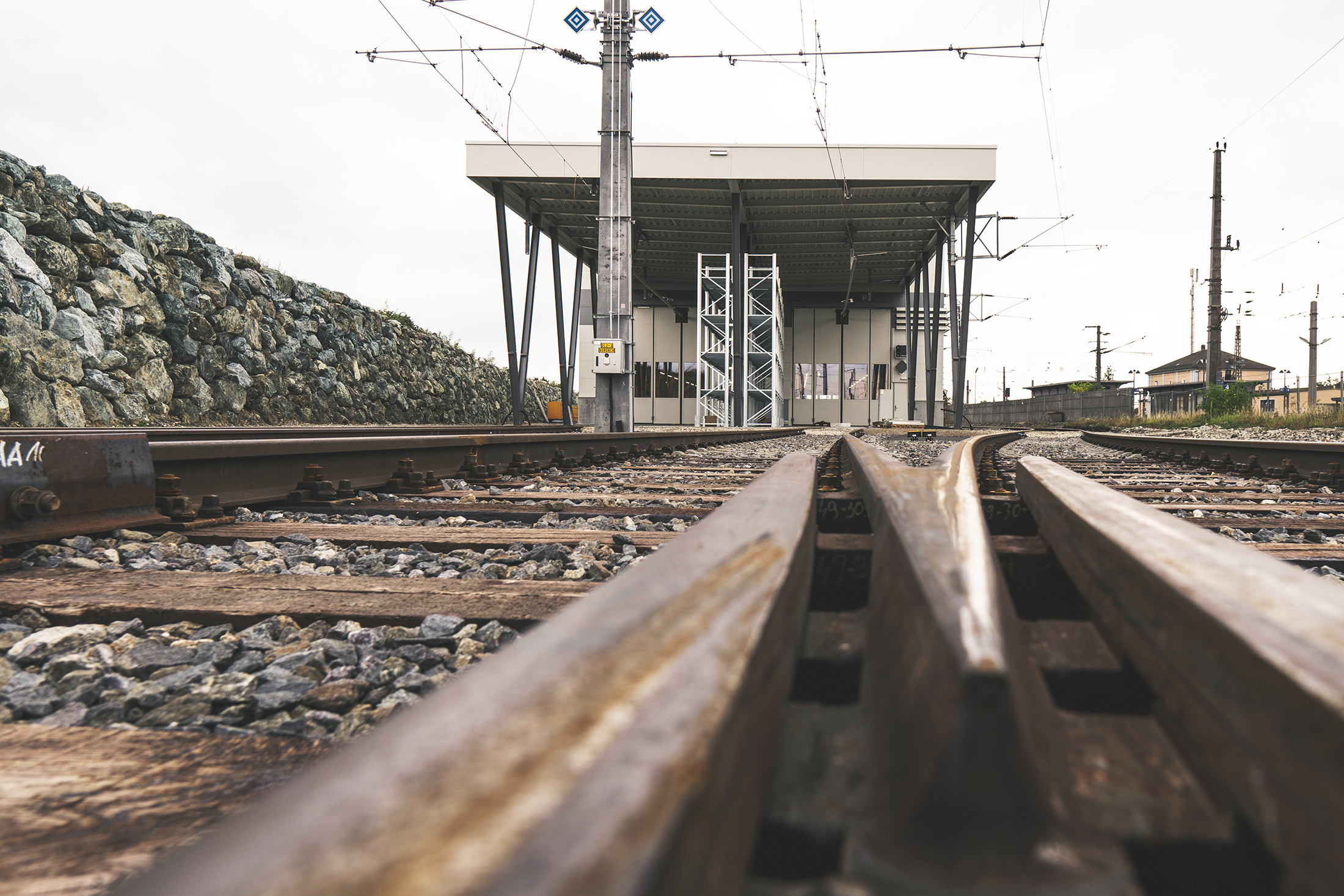 The efficient coordination with the joint venture partners was also decisive. The close, cross-company cooperation with Armin Wohlfahrter as the person in charge on the part of ÖBB-TS and his team was a decisive success criterion for the professional implementation of the project. At the beginning of September, the future workshop manager Josef Krispel, who was previously responsible for the maintenance of the City Jets at ÖBB TS in Jedlersdorf, moved in together with the first employees. 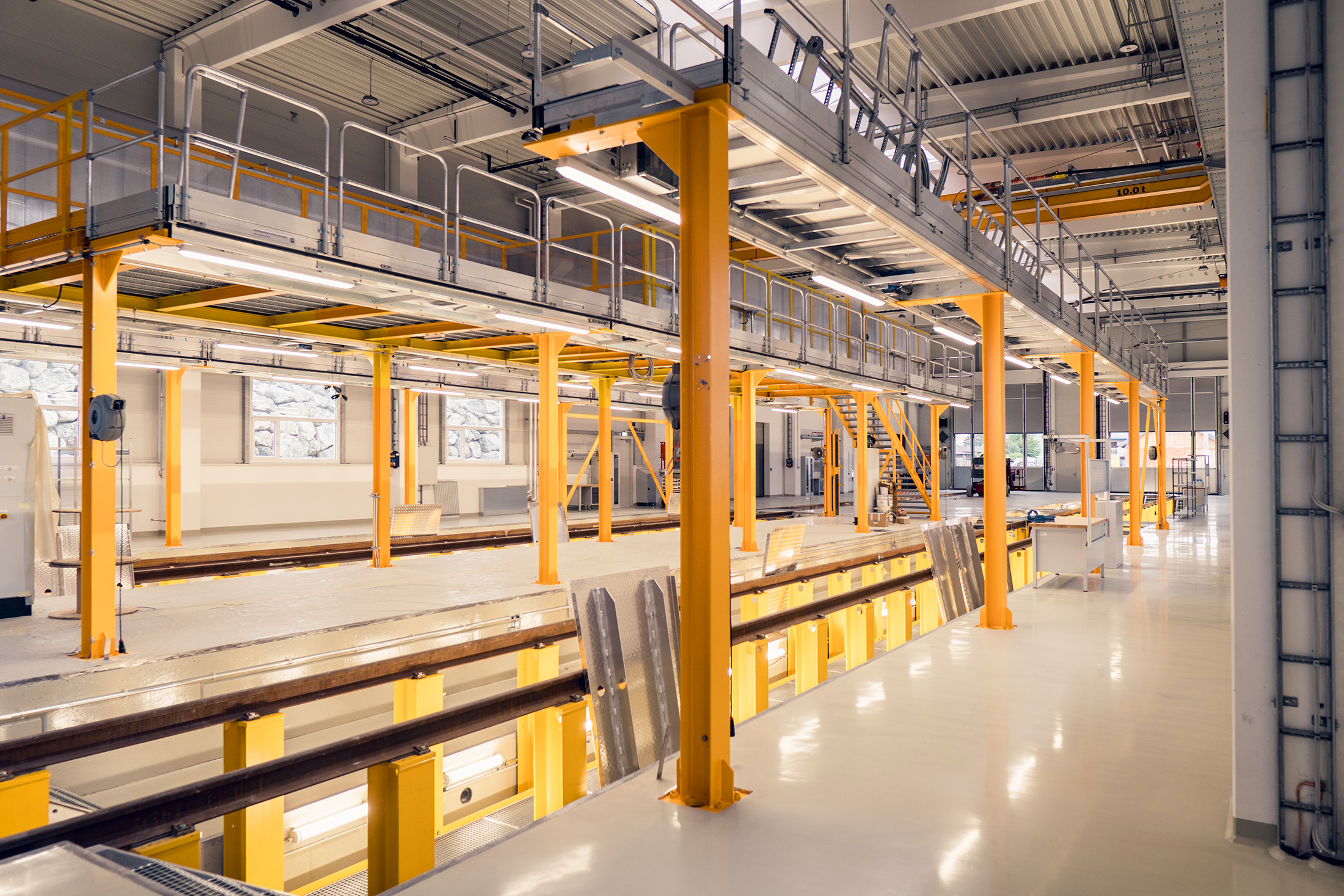 In fact, the LOCMASTA area houses a lot: As mentioned in the introduction, light maintenance activities are carried out on up to six work areas. "Initially, we offer all interested market participants our services for Siemens Vectron Taurus - but in the long term the range of services will also be expanded to include Bombardier Traxx locomotives," explains Kollnig. In addition to an outdoor and indoor warehouse, the office wing has modern workplaces, flexible meeting and training rooms, and social rooms such as the kitchen, lockers and showers. Kollnig adds: "Not least thanks to the COVID investment-subsidies for digitisation and sustainability, we were able to invest in high-quality systems, tools and testing equipment, which is why the LOCMASTA claims to set a new standard in the area of ​​light maintenance and to be the most modern locomotive workshop on the adjacent European freight corridors. 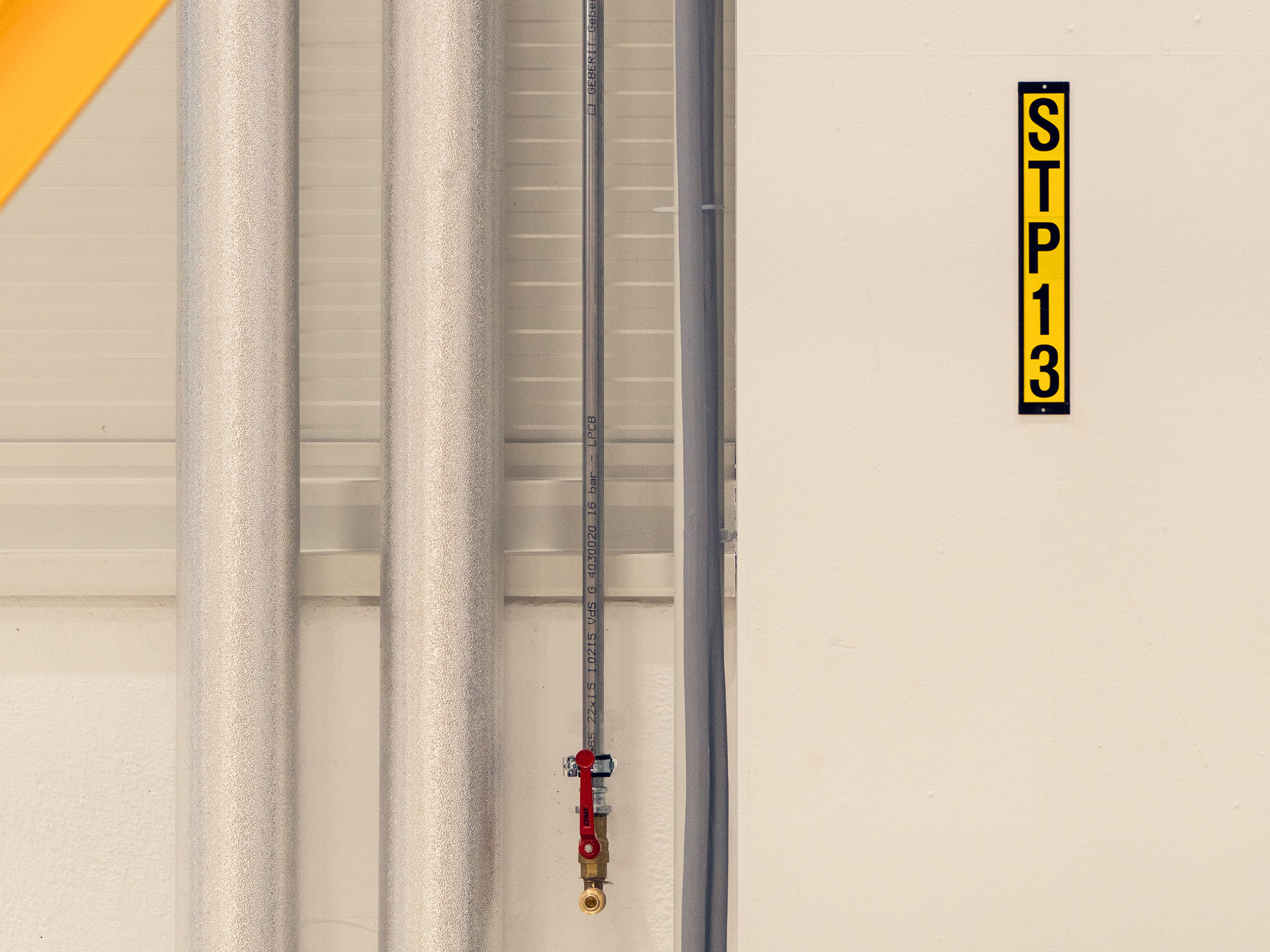 Together with the software partner BOOM, an innovative order management system is being implemented which supports automation and digitisation. The top priority, however, is safety and quality. Therefore, ETL (the operating company of LOCMASTA) will be certified according to ISO 9001, ISO 14001 and ISO 45001 at the start of regular operations. The next big milestone is the acquisition of the ECM 4 certificate. This one-year process starts as so-called "newcomer procedure" in January 2022. Being a service facility developed in cooperation with renowned experts, LOCMASTA will provide noticeable value for its customers. 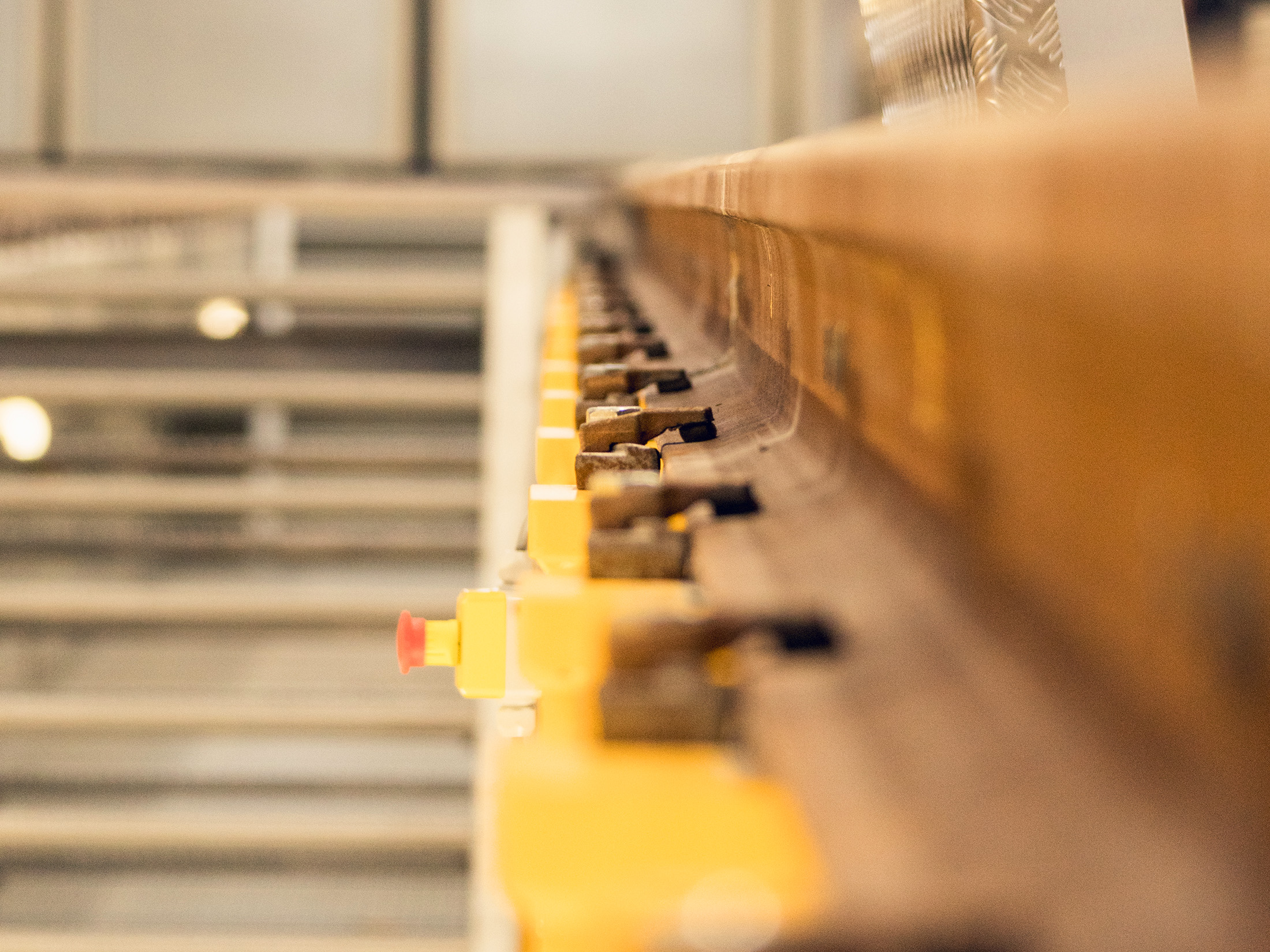 Teamwork was a top priority right from the start, as the know-how of all joint venture partners and their shareholders was vast. In the project phase, but also in future operations, services from LTE, ÖBB and GKB will be used so that the ETL organization can focus on the operational processes. ELL, in turn, provides valuable technical know-how that it has gained from years of experience with its large fleet of locomotives.

This is how this ambitious joint venture of LTE, ÖBB Technische Services, and ELL came into being in Gramatneusiedl, an important hub of European freight transport corridors and will be another piece of the mosaic and contribution to strengthening the rail as an international transport route and supporting the achievement of the climate targets.

In one of the next blogs we will report on the new LTE headquarters, which is currently being built on the neighboring property in Gramatneusiedl.

LTS Immobilien GmbH is the installer of the hall and railway infrastructure. It is a joint venture between LTE Logistik- und Transport GmbH (51%) and ÖBB Technischer Services (49%).

ETL Lokservice GmbH appears to the outside world as "LOCMASTA" and is a joint venture of LTE Logistik- und Transport GmbH (40%), ÖBB Technische Services (40%) and ELL European Locomotive Leasing (20%).

all pix by Matthias Haiböck