Full steam ahead into 2021 - although in the LTE-group the word "full steam" can definitely be understood in the sense of multi-system traction-power: the modern fleet of hybrid and multi-system locomotives is supported by a hundred of innovative and committed employees who, working in a special year like this, can look back on a lot of great moments. 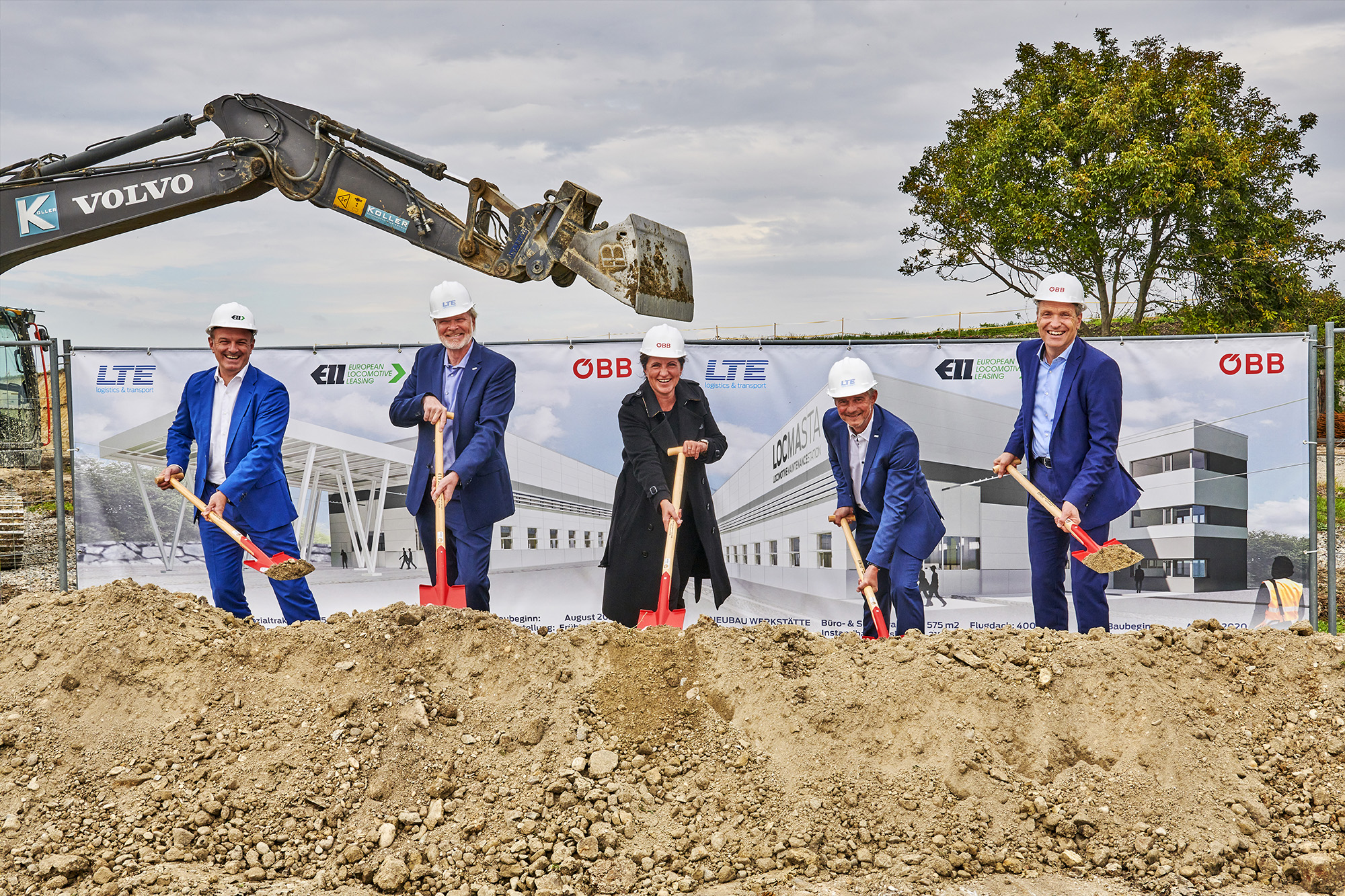 “With our locomotive service center “LOCMASTA” (Locomotive Maintenance Station), which is currently under construction, a joint venture of LTE, ÖBB TS (ÖBB Technical Services) and ELL (European Locomotive Leasing) is certainly taking a new path into the third decade of the millennium," says Andreas Mandl, pleased about this project. In Gramatneusiedl, an important railroad hub between North and South as well as East and West near Vienna, locomotives will be serviced and repaired quickly and new locomotives will be professionally prepared for their new deeds.

In addition to the music of the future, the LTE-group orchestra also played a furioso in the 'Corona year', so to speak: Sure, it was also a blow for our nine subsidiaries, but: Heinrich Juritsch, Managing Director of LTE AT was able to welcome LINEAS as a new customer; in the Netherlands Jolanda Plomp became the new managing director; and last summer the very young Diana Ilk was given control of several thousand tons of steel - being the first female driver of LTE AT.

The list of success stories could be continued: for example, the report on 700m+ long transports from Rotterdam to Mannheim, the GMP+ certification of LTE NL, the group's commitment to green logistics with the first satisfactory CO2 report for LTE AT.

And we can also look forward to the successes of the athletes who storm into the New Year with medals and national champions: the athletes of the austrian Special Olympics teams and the volleyball fighters Ronja and Dorina Klinger, who ushered in this mixed year with a victory in Malaysia. However, Naty and Tessa Strauss completed it with a state championship. We congratulate them on this and, with so many good news, look forward to an even more eventful 2021.

... just in time for our big anniversary.