54 year-old Jolanda is working for LTE-group in the harbour of Rotterdam. LTE Netherlands b.v. transports around 50 trains per week to this harbour. That makes LTE a middle large company in the market. The trains to and from China over the new silk road have a bit of fame within the transport world. LTE brings in the locomotives and locodrivers for this product between the Netherlands and the Polish / Belarus border. 4 times a week that train drives various cargo (milkpowder & beer) to China and electronics on its way back.

Jolanda first followed an education in the hotel/restaurant business, but soon she found out that she was not made for that. She still finished her education, but soon afterwards switched to the logistics business. “I am a railway fan”, she says. She loves the complexity in planning trains. A path is not always available to run the train, the regulations vary per country , and you are faced with different demands for locomotives and locodrivers. I am having fun in exploring all that. LTE has locomotives which are equipped with 9 various safety systems to be able to cross Europe. According to Jolanda, that flexibility has given LTE the competitive edge to be driving the China shuttle. “We do not have to change locomotives and locodrivers constantly, so we are a quicker than others.”

For eight years, Jolanda was the right hand of MD Markus Bertram, and when he handed in his resignation it was obvious that he would ask her: “Why don’t you do it? “Yes, why not?” I answered. “As LTE NL has a great team, I have the confidence to become his successor”. There are regular campaigns in the harbour of Rotterdam to attract women because very few are working in this business area. With a campaign titled “high heels in the port”, the shipping & transport school tried to make clear to women that Botlek, Europoort and Maasvlakte can also be their working environment.

Jolanda could also participate in that campagne, but she claims not to feel like a role-model. “I did not cross my mind that I’m the first female MD in the railway business. It is a men’s world, yes. But more and more females are working in high positions. So women in directors’ seats were only a matter of time. It might still be an issue, but not a problem. I have certainly never experienced any troubles because I’m a woman. “LTE will not become a different company under my management”, she says. Whatever we do, we need to do it properly.“ 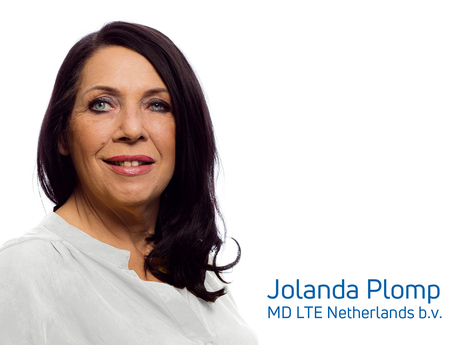