Recently, Christoph Katzensteiner, ELL (European Locomotive Leasing), gave us exciting insights on his company, the pathbreaking joint venture between ÖBB TS (ÖBB Technical Services), LTE and ELL, the Corona crisis, his optimistic visions of the railway and of course also on his cooperation with Andreas Mandl, CEO of LTE-group.

LTE/Wolfgang Rauscher (LTE): Because it moves us all as the first question: How did ELL experience Corona?

ELL/Christoph Katzensteiner (CK): Well, what can I say, passenger traffic was completely shut down, the decrease in freight traffic was 30-40%.
LTE: How many locomotives are you currently financing?
CK: We buy the locomotives and rent them including a service package. We have two locations, one in Vienna and one in Munich. From there, the locomotives are looked after and serviced, and if necessary, also repaired. We now have 152 Siemens Vectrons that drive from Sweden to Croatia, from the Netherlands to Romania, i.e. from the Atlantic to the Black Sea, if you want to call the West-East Corridor and from the North or Baltic Sea to the Mediterranean. Thanks to the multi-system locomotives, ELL and its affiliated companies are present in all of Central and Eastern Europe, so to speak. But this also includes the extensive maintenance work that we do for our partners as well as arduous official channels. That is why we cooperate with workshops, have the necessary spare parts, carry out upgrades, solve approval problems ... in short: we take care of everything that arises. This should allow our customers to concentrate 100% on their core business, namely carrying out transports. 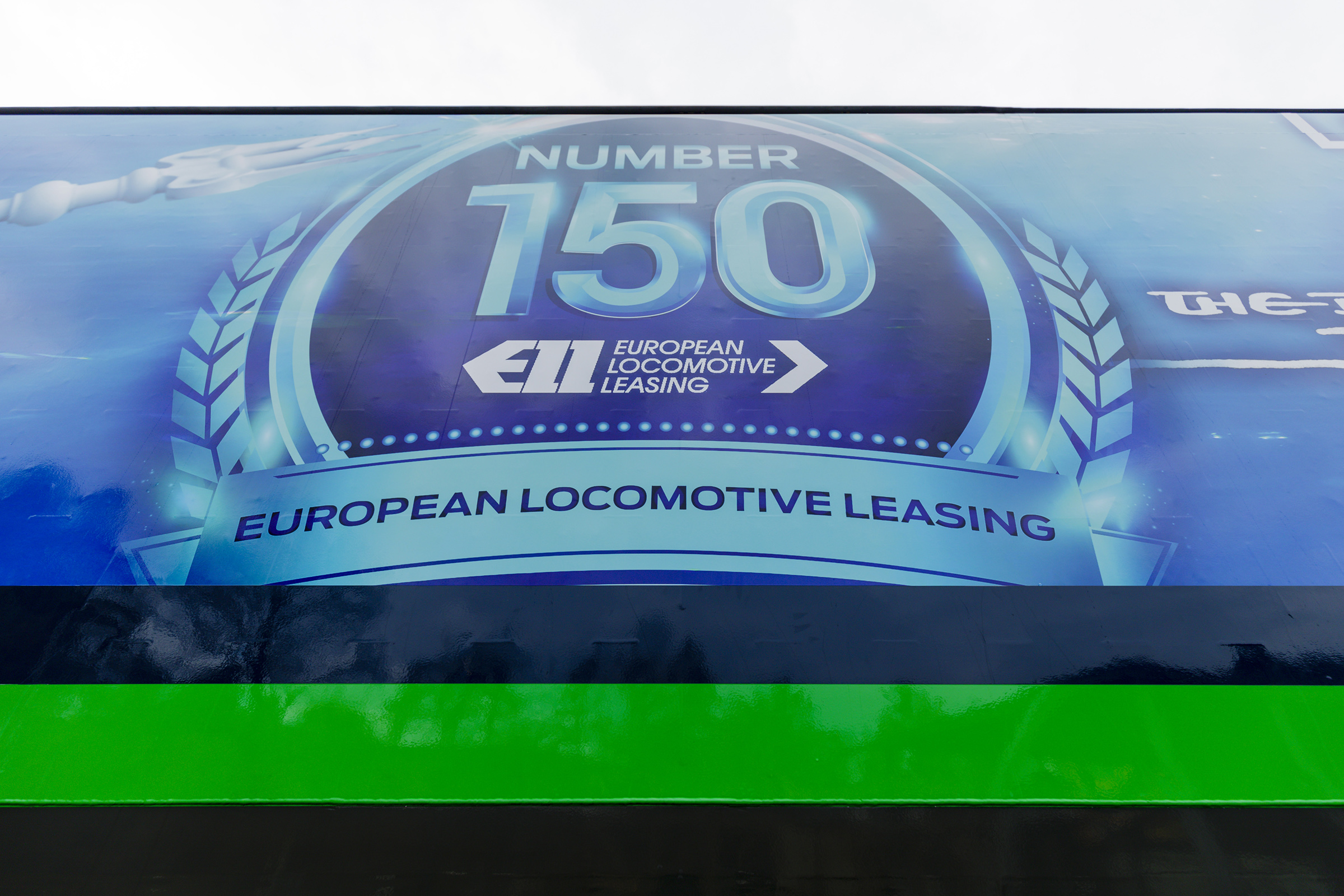 LTE: What's added to the 152 locomotives on an annual average?
CK: It depends. We can move large quantities, but if the market is not there, as is currently the case, we will not buy anything. In 2020 we will therefore keep the ball flat.
LTE: Nevertheless, there is a project, a joint venture with ÖBB-TS and LTE-group, to make Andreas Mandl's long-term vision of a "Lokschuppen" in Gramatneusiedl a reality. What made you decide to participate?
CK: That's right, for him it's a project of decades. We are therefore very happy that Andreas has decided to do this and pulls it off. Because there are clearly too few modern loco garages in Central Europe that are also suitable for servicing the Siemens Vectrons. The location is also ideal: We focus on the Danube corridor from the Netherlands to the Black Sea, which we - as already mentioned - also express with the "Flying Dutchman", a joint locomotive design by ELL and LTE. And east of Vienna it is still sparse. 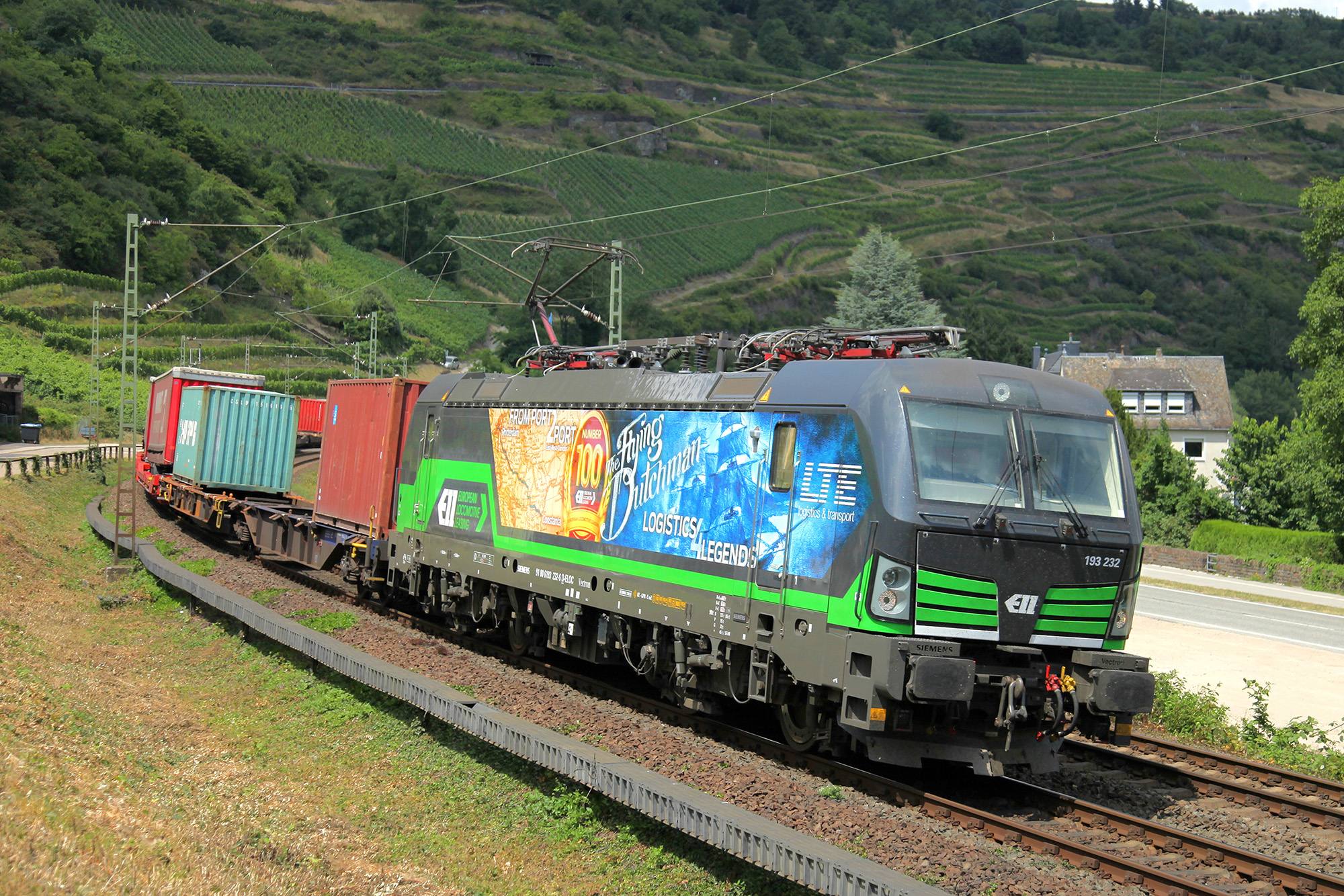 LTE: Apart from the original name, Gramatneusiedl actually has the advantage of being at the interface between west and east, north and south.
CK: We have these multi-system locomotives, i.e. they can travel to all of these countries. And most of these locomotives actually drive these corridors. It is important for us, and that is where ÖBB TS comes into play that we have a partner who knows how to do it: Because she is one of the largest loco garage operators in Europe, they are excellent colleagues. That is why the joint venture finally turned out to be so promising: On the one hand the operator, LTE-group with its own respectable vehicle fleet and own traffic. Secondly, ÖBB TS are added as a high-quality specialized maintenance partner, and with us, the ELL, we have the third in the group, which has a large fleet with state-of-the-art locomotives, which can also initially provide the basic volume to optimally fill the loco garages.
LTE: And these are open to everyone?
CK: Yes of course. They are also there for third parties. Workshops are there to make money and everyone who needs us is of course welcome. ELL guarantees a good start, but also attaches great importance to training, because we also have our own academy for colleagues and employees.

LTE: I remember that two years ago, when we talked about this topic, it was the train driver training that ELL took care of.
CK: Engine driver is a very technical, demanding job. Many now appreciate it because, as a technician, you can almost draw on a locomotive, which is one reason why we also work with the Vienna University of Technology.
That is why the workshop is part of it, I would almost say, as a research center. And we definitely have a leading position here in Europe.
LTE: All of this will operate under the name ETL, a play on letters created by Andreas Mandl, who turns the railway world upside down with you two as partners, so to speak?
CK: (smiles) Possibly. The railway industry is a very peculiar branch. Once you've made friends with her, you stick with it. I used to be at Railpool in Munich, a company that I helped to build up, and on the occasion I met Andreas. As Austrians in Munich we maintained an Austrian connection. Then I started my own business, the ELL. During this time, Andreas gave me courage and was an essential pillar in a phase that was not spared from deep strokes in addition to many successes. He was an important anchor for me in order to ultimately be able to achieve my goals. I am therefore convinced that this new partnership will also be successful. 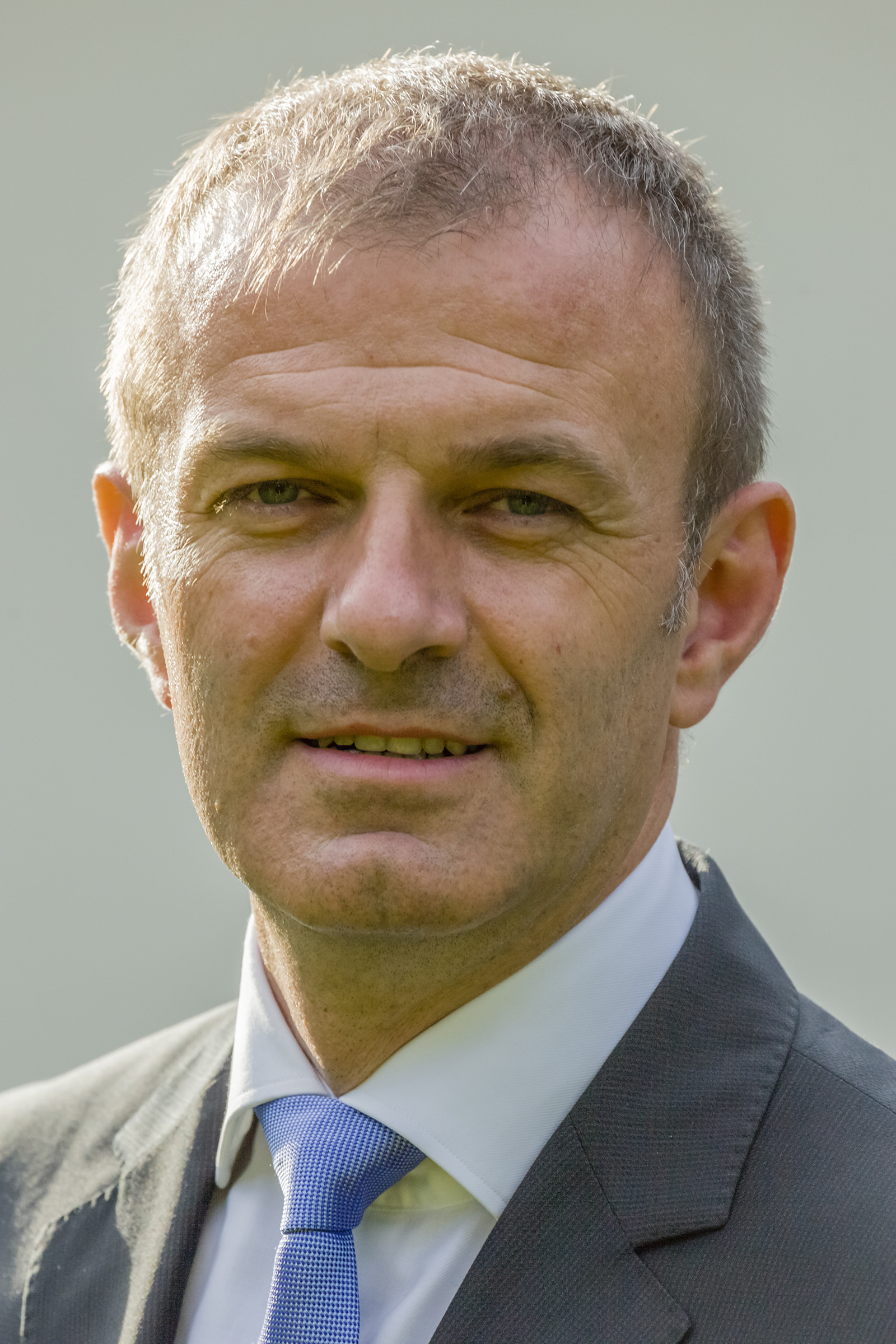 LTE: Speaking of turning the world upside down: How do you see the future of railways in general?

CK: The railway is the future, there is no way around it in the long run, but I am thinking primarily of our children, of the next generation. What we can contribute to this today and in the near future: We must strategically strengthen the railways. For this we need even better equipment.
WfR: That sounds like the eternal discussion between aviation and rail, between rail and road.
CK: Exactly. Thirty years ago the situation was of course a drama, but today we are largely where and how you imagine the train, in both passenger and freight transport. And you can see especially these days that the airlines are massively weakened, which means that, from a purely environmental point of view, there will be no alternative to rail. Incidentally, this also affects the problem of the street. It also applies here that we strengthen our voices and not only make the green deals heard, but also give them a realistic chance of realizing them.

LTE: What steps have been taken in the near past to finally master the future?
CK: A lot has changed in our consciousness. I noticed this very clearly when I was able to discover that there are suddenly night trains between European cities that are almost enthusiastically accepted.
Another one of my favorites is the south of Europe: You can easily reach many destinations by train. And let's face it, would you travel to Graz, Linz or Zagreb by plane? Well, some things still need to be improved, but both ÖBB and private power supply companies now offer the finest of the finest on their routes. And I notice that awareness is constantly changing. Whereas in the past, rail travel had the rancid aftertaste of "not being able to afford to travel by car", today it would be rather silly not to travel by train to St. Anton am Arlberg, where you can go to a comfortable, comfortable journey, is picked up by the hotel chauffeur, which, by the way, clarifies the question of the last mile ... 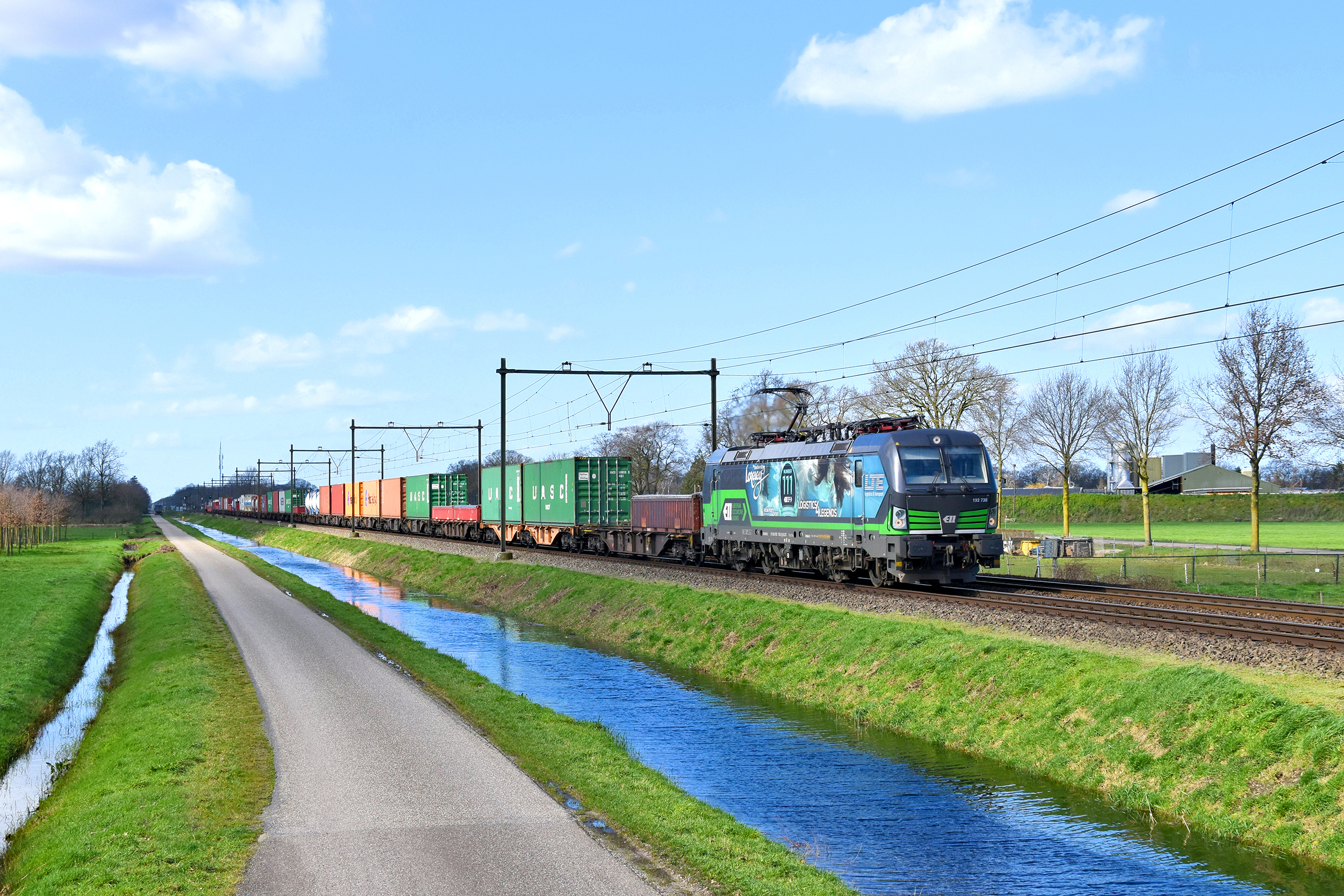 LTE: And what do hotel chauffeurs look like in freight transport?
CK: Well, the question of the last mile naturally arises. It will be necessary to build more and better terminals and loading stations so that the routes on the road are minimized as much as possible. That means nothing other than shifting international transports to the railways, setting up better loading stations so that the only inland transport that is then necessary is left to the trucks, which, by the way, can also be entrusted to more environmentally friendly e-trucks. Apart from the fact that the drivers of these trucks will be happy to spend the night at home again in their own bed instead of in the driver's cab on a motorway station.
LTE: Then we better leave the long distances to the real “Kings of the Road”…
CK:… to which Andreas and I have dedicated our own identities. As mentioned at the beginning, we have dedicated a cooperatively designed locomotive to the "The Flying Dutchman", to the west-east corridor. Similarly, “Hannibal” travels across the Alps, from the north to the south, “The Divine Neptune” pulls its goods to the Mediterranean and finally we dedicate the corridor to “The Enchanting Loreley” when it drives along the Rhine.
LTE: Thank you for the interview.